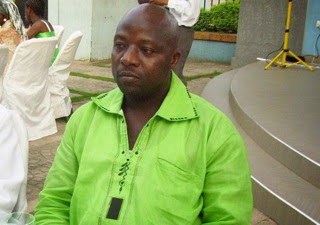 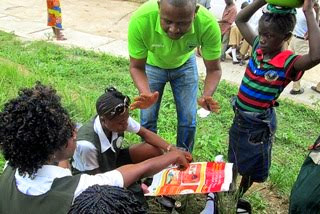 I don't know if any of you have noticed but most of the people that they show on television who allegedly have Ebola wear green clothing. In Pittsburgh, we used to have a commercial that had a round, green sticker with a mean 'smiley' face on it and the song would say, "Mr. Yuck is green.....Mr. Yuck is....mean!" I am not saying that Ebola is not real but what I AM saying is that God says in His Holy Word that in end times, men's hearts shall fail them for fear. There are people right now who cannot take this information as it is being released to us and it can cause more suffering. Ebola is being flashed into our brains like those old Flash Cards that our parents used to use on us years ago. Beware of Mind Control. Whatever happened to prayer? Does it not work? Is healing gone? Does God not heal anymore? Are we not supposed to #believe and #trust in our Maker?
Luke 21:26
26  Men's hearts failing them for fear, and for looking after those things which are coming on the earth: for the powers of heaven shall be shaken.
There are actually people getting paid in Africa to pretend to have Ebola. The New York Times and CNN covered some subjects about it. There is a video of a man walking away with a wad of cash because he pretended like his son had Ebola. The 20 year old son laid on the ground rolling around saying, "I am sick! I am sick!" and was allegedly in the last stages of Ebola yet, he looked like a healthy sportsman, skin, face and all. He supposedly wet his pants but had on that all-familiar green shirt! When he thought that the camera wasn't looking, he'd rise up suspiciously, looking for the camera and when he saw it, he'd lay back down again and cry out.
Don't get me wrong, I am not saying that Ebola is not a serious disease but there are some out there using it as a money maker as the World usually does. Everything is about $$$$$$. Have you seen the man on the news this morning who didn't even have on protective gear who was helping all-clad Hospital Workers place an Ebola patient on a plane? Why didn't he have on his protective gear? Somewhere this has got to make sense.
I know that many of you may be upset about all of this. Even I was concerned about mosquitos which seems strange that it hasn't been brought up as a topic on Tv yet unless I missed it. Just keep your eyes on Jesus and make sure that your name is written in the Book of Life. Be covered by His Blood and He will take care of you and yours. God bless you in this season. ~Essie
~ Rev. Esther R. Scott ~
Author of "Elixir of Life" in iTunes:
https://itunes.apple.com/us/book/elixir-of-life/id886836041?ls=1&mt=11
http://www.observer-reporter.com/section/BLOGS26
New Birth Ministries is a 501 (c)(3) Charitable Organization
To Donate: click here .