I'm supposed to be tired

I have a true reason to thank God this morning.
Neighbors kept me up until about 3 a.m. with loud music and the smell of burning plastic but I won't say any more on what I think about that.  I went to sleep around 4 a.m. and started my day at 7:30 a.m. with maintenance opening my door while I was buck naked in the bathroom. The painters needed our doors cracked so that they could paint around the rim. Our building has been going through renovations since October of last year and it is looking very nice. We got new stoves, fridges, cabinets, bathroom fixtures, bathroom and kitchen floors, living-room heaters, etc.
When I heard the door open, (or should I say 'attempt' to open because I am a Marine and have learned to keep a door closed whether someone has a key or not,) I shouted, "Wait a minute!!!!"  They knocked first but it was only about 5 seconds before they tried to open the door. If they would have opened that door with me standing there naked, their eyes and minds would have been seared forever.
Now, with the neighbors making noise until 2-3 in the morning and the contractors trying to come in at 7:30 a.m. when is a sista supposed to get rest?  It's a good thing that I don't have to get an operation or anything because I surely wouldn't be able to get any rest. I'd never heal! I'd die! (Dramatic version.)
Sometimes I get the feeling that someone is trying to wear me down. Won't work. Those painters were quiet all the way down the hallway until they got in front of my apartment. They then began to hold loud conversations about all of the black schools in the Pittsburgh-Washington, Pa. area that they had problems with while playing sports in school. Ok, now I'm ready to pop right? I had to listen to them mention about the blacks attempting to rob them and tip their school buses. Then they mentioned about the 'housing projects' "smash and grabbing" their cars. I sat for about 5 minutes listening to this mess. All of a sudden something raised up in me and I got up out of the chair and went to the door and opened it further. I didn't know what I was going to say but I opened the door. If God would not have stopped me like He did, the cops would have been there. I've had enough. I wanted to let those men know that I wouldn't attempt to rob them as they painted my door but our Father wouldn't let me.  Thanks you Jesus. Thank you Abba.
I think that I am supposed to be tired but the devil has picked on the wrong Sista. 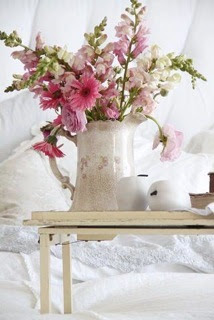